The seasons are traditionally thought of as lasting 3 months each, however we have often noted that Spring and Autumn at Casa Azul, although in many ways our favourites, seem to slide by very fast. October is often warm and sunny, almost summery, but as soon as November begins we get the fire on and prepare for the frosts. This year was slightly different in that we lit the first fire on 28th October but we are yet to have a frost. I think that is the reason for the leaves on all the trees hanging on for longer than usual and providing a great show of colour. This is especially true of the grape vines. 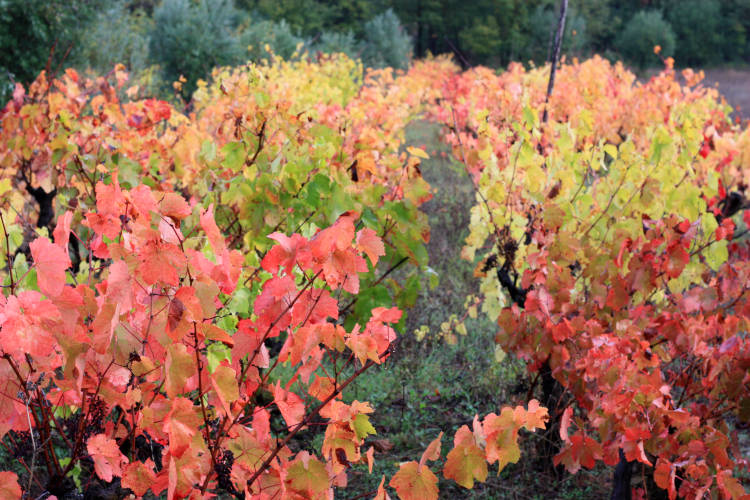 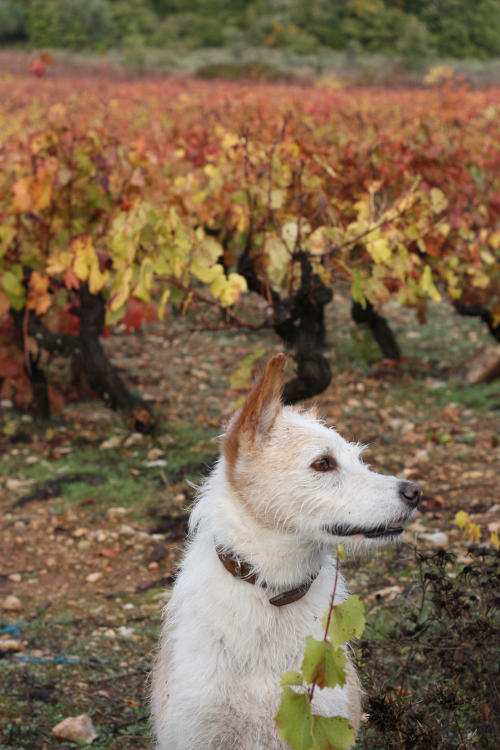 Even the small vine at the front of our house has put on a bit of a show. 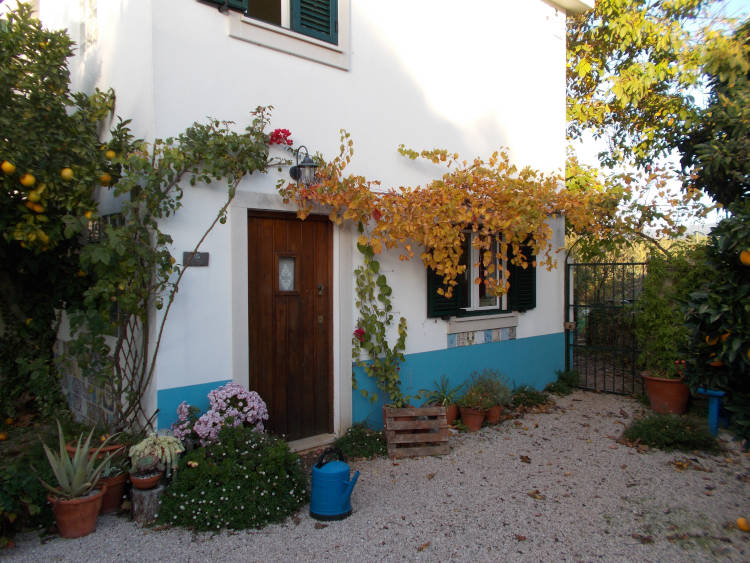 We’ve also had our first rain of winter and so mushrooms are popping up all over the place. Here is a parasol from the garden… 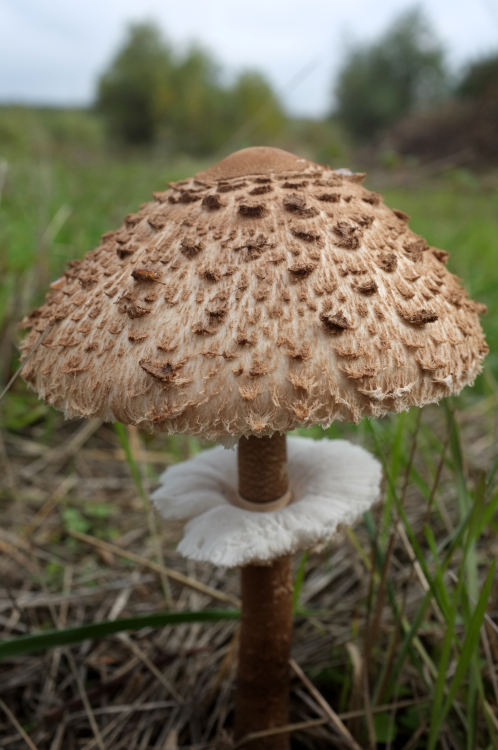 … and a particularly impressive Omphalotus olearius. There are many of these around here as they like to grow at the base of olive trees. This mushroom is very similar to the Jack o’ Lantern, famous for being bioluminescent. 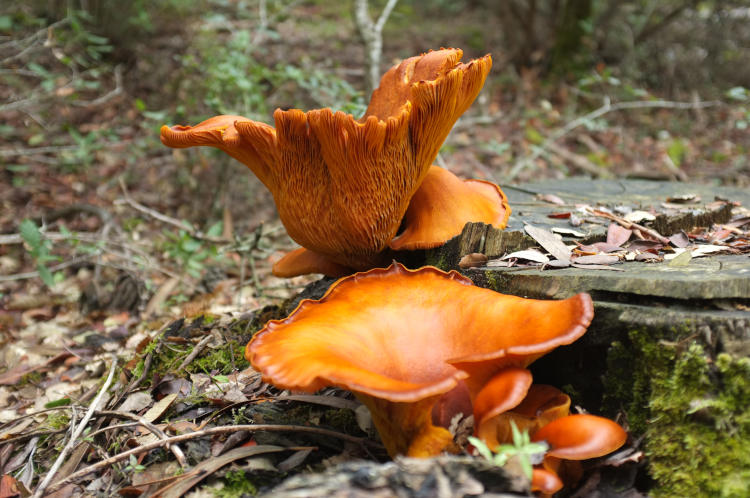 Talking of olives, we’ve also completed our olive harvest. Very late indeed for us but actually we were amongst the first round here to harvest. In fact the local olive presses are only just opening up for the season and we managed to get ours done very quickly. It was a very good season as the olives have plumped up nicely from the recent rain and they were really good quality or so we thought. We got 200 kgs which is pretty good for us. This didn’t, however, impress the bloke at our local press who only gave us 7 litres per 100kg as opposed to the normal 8 litres. It’s a bit of a complicated story but if you have 300kgs or more you pay to have your olives pressed and then you get your oil. If under (like us) you have to swap your olives for oil at the going rate but don’t pay anything. As it happens our olives went into a batch with someone else and that was the oil we got anyway. 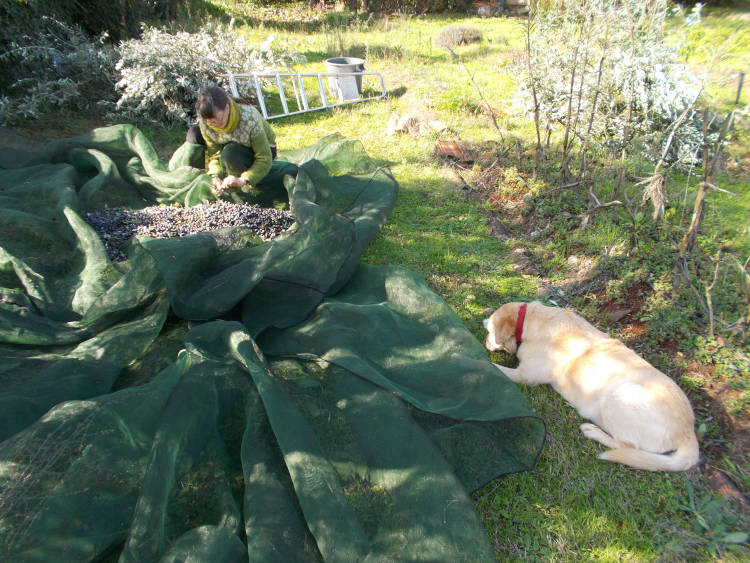 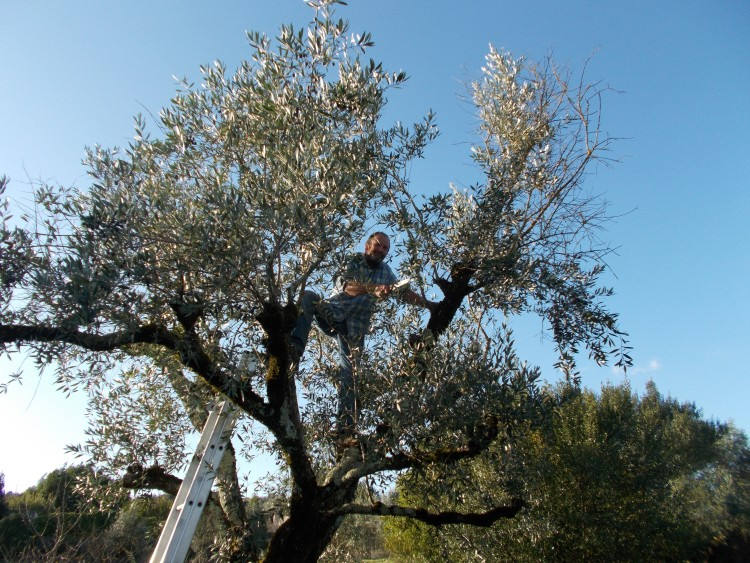 I suppose I’ve saved our biggest news until last. Every year around this time we get nightime visitations from wild boar (javeli as they are called here). We’ve got a thick bramble hedge around our property so they usually only root around the fields outside but this year they managed to find a hole in the hedge and one morning we woke up to find our garden had been ploughed! Fortunately they didn’t dig up any plants. 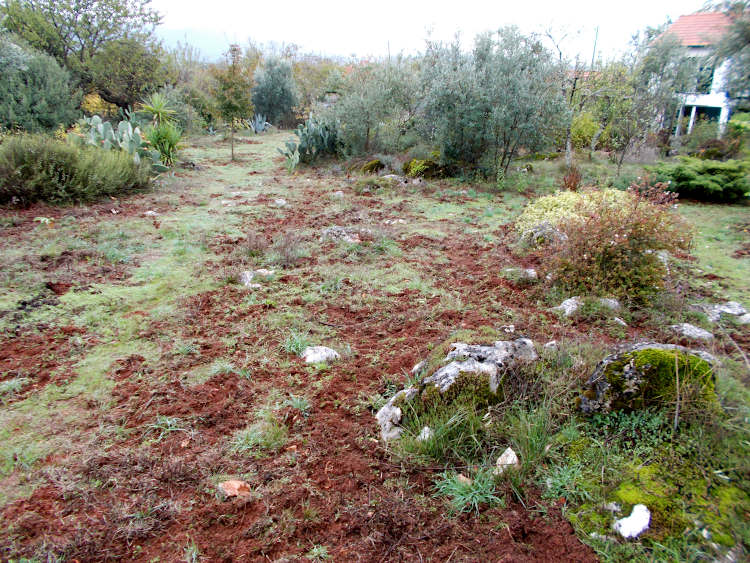 And they came back night after night despite us frantically trying to block up any holes. Of course, we never see them by day and wonder where on earth they go. We have a night camera and have often caught them on this but we have been a bit lazy this year and not set it up. However here is a video of a big porker from a previous visitation:

And finally another video. Although it’s November, as I said we haven’t had a frost and it’s been very mild. So mild in fact that we still have wasps (and a few bees). Here’s a video I took of a very active nest in the ground. They were very busy but not aggressive at all. (PS I’m not sure what they don’t do!)

6 thoughts on “Changing of the seasons”