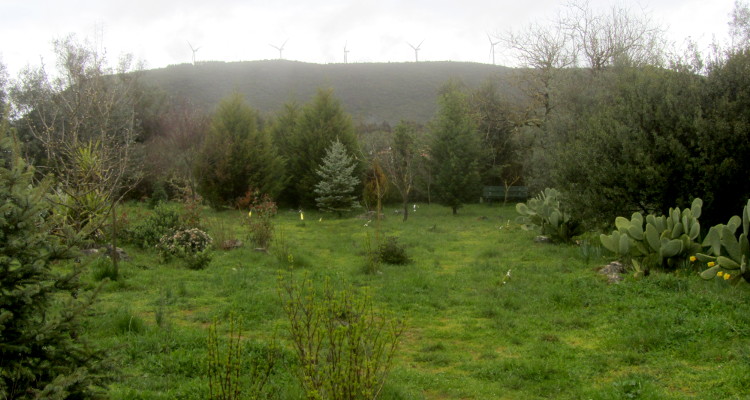 The good: it’s been raining. In fact we have had rain every day in March except 13th. This means the grass is green, the well is full and there are puddles galore for Jussi on her walks. The saplings we put in are beginning to show the very first signs of life.

The seed sowing has been slightly delayed this year until it’s a tad warmer, but those on the kitchen windowsill are coming through.  Each of the sweetcorn has just germinated, I can taste those already. The purple sprouting broccoli is out and being eaten (by us!) and the lettuce, radishes, rocket (and some nettles) are thriving in the demipoly: 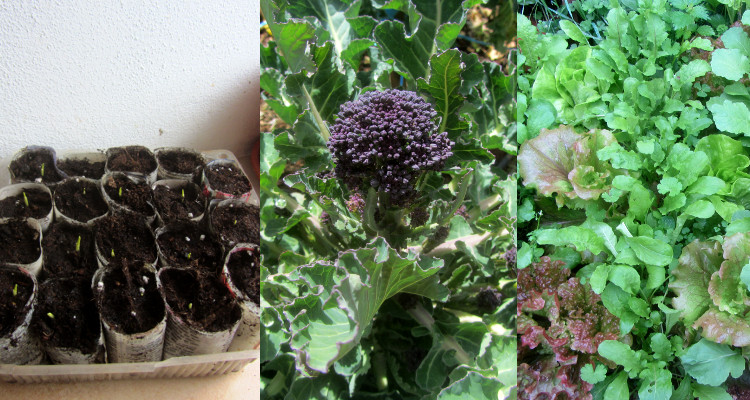 The bad: it’s been raining. In fact we have had rain every day in March except 13th. This means the hens and roasties, and even the ducks, spend more time sheltering despite so much lush grass to eat. The broad beans are up and flowering but the flowers look rather soggy and there doesn’t seem to have been many insects about, I’m waiting for the first pod to appear. The peas are bedraggled. The raised beds in the veg patch, it seems not that long ago, were looking great but the weeds love this weather and are slowly taking over: 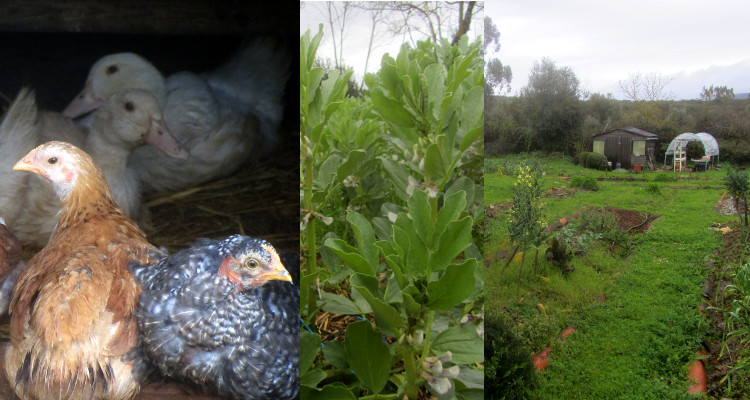 The beautiful: but we have had some sunny intervals, enough for the spring flowers to appear: 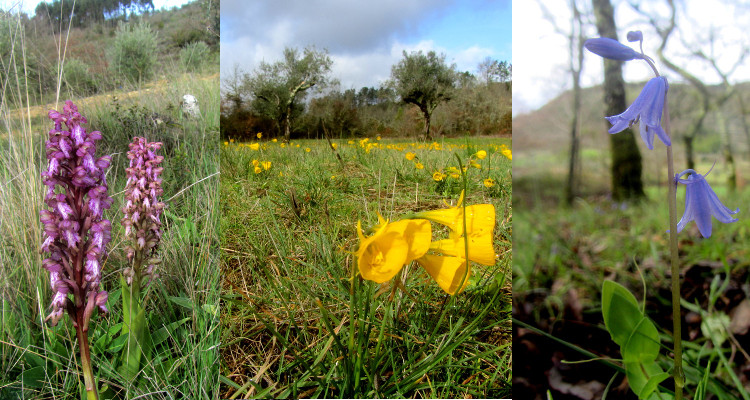 And the blackthorn at the end of the garden has put on a marvellous snowy, showy spectacle: 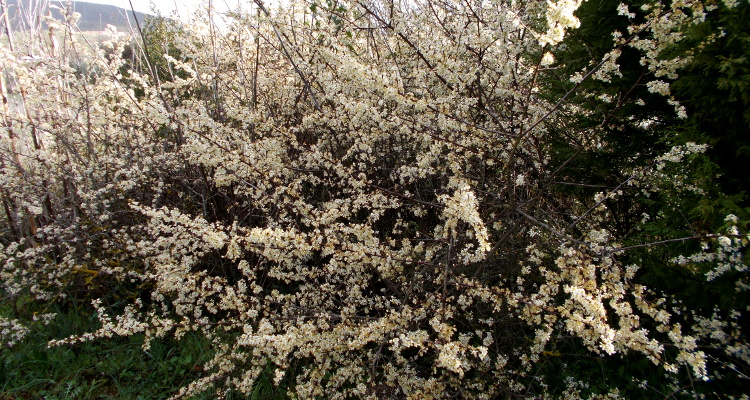 We have left it too late to clean out the bird boxes as the blue tits are already making themselves at home. And on the morning walks nothing is nicer than hearing the Song Thrush echo down the valley. They have normally gone by now, being winter visitors, but it seems they have decided to stay this year. How nice:

2 thoughts on “The good, the bad and the beautiful”